Handed back to the government of China by the British in 1997, Hong Kong’s thriving capitalist market has in no way been slowed down by the influence of Communist rule.

Skyscrapers are packed into a relatively small skyline on Hong Kong Island, as the fast-paced lives of business people tick away at ground level. Hong Kong retains its culture in rather remarkable fashion, with traditional street vendors occupying alleyways between said skyscrapers, floating restaurants operating in the harbor, or fishing families recalling Hong Kong’s origins as a fishing village. These emblems of Chinese culture are all but invisible from the heights of Victoria Peak; but the breathtaking spectacle of Hong Kong’s skyline, harbour and outer islands leaves no room for disappointment. 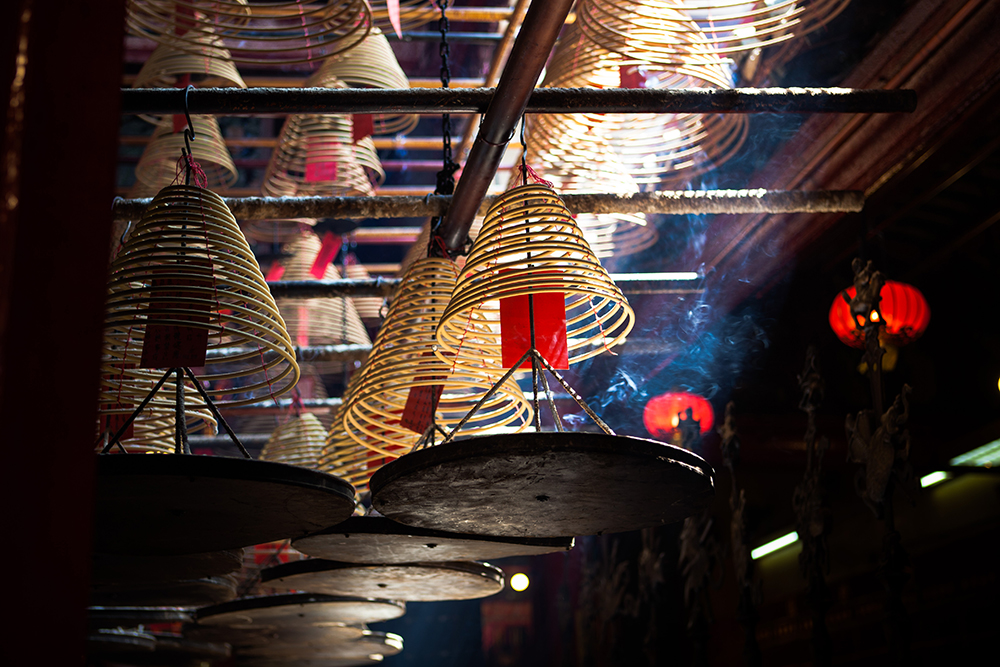 Uman settlement in the area now known as Hong Kong dates back to the late Paleolithic and early Neolithic era. The area’s earliest recorded European visitor was Jorge Álvares, a Portuguese explorer who arrived in 1513.

In 1839 the refusal by Qing Dynasty authorities to import opium resulted in the First Opium War between China and Great Britain. Hong Kong Island became occupied by British forces in 1841, and was formally ceded to Britain under the Treaty of Nanking at the end of the war. The British established a crown colony with the founding of Victoria City the following year. In 1860, after China’s defeat in the Second Opium War, the Kowloon Peninsula and Stonecutter’s Island were ceded to Britain under the Convention of Peking.

In 1898, under the terms of the Convention for the Extension of Hong Kong Territory, Britain obtained a 99-year lease of Lantau Island and the adjacent northern lands, which became known as the New Territories. Hong Kong’s territory has remained unchanged to the present. During the first half of the 20th century, Hong Kong was a free port of the British Empire.

Hong Kong was a free port of the British Empire.

Japan invaded Hong Kong on 8 December 1941 in the Second World War. The Battle of Hong Kong ended with British and Canadian defenders surrendering to Japan on 25 December. During the occupation, civilians suffered starvation, rationing, and hyper-inflation Hong Kong lost more than half of its population in the war. In 1945 Great Britain regained control of the colony. Hong Kong’s population recovered quickly as a wave of migrants from China arrived for refuge from the ongoing Chinese Civil War. When the People’s Republic of China was proclaimed in 1949, more migrants fled to Hong Kong in fear of persecution by the Communist Party. Besides the influx of immigrants there was also a flow of businesses mainly from Shanghai and Guangzhou that moved to Hong Kong.

Hong Kong rapidly industrialised, with its economy becoming driven by exports, and living standards rising steadily. The construction of Shek Kip Mei Estate in 1953 marked the beginning of the public housing estate programme, designed to cope with the huge influx of immigrants. Trade in Hong Kong accelerated even further when Shenzhen, immediately north of Hong Kong, became a special economic zone of China, and established Hong Kong as the main source of foreign investment to China. During the 1980’s China took over the role of Hong Kong as a heaven for lowcost labour, and Hong Kong’s economy became based on services.

In 1983, Hong Kong was reclassified from a British crown colony to a dependent territory.

In 1983, Hong Kong was reclassified from a British crown colony to a dependent territory. However with the lease of the New Territories due to expire within two decades, the governments of Britain and China were already discussing the issue of Hong Kong’s sovereignty. In 1984 the two countries signed the Sino-British Joint Declaration, agreeing to transfer sovereignty to the People’s Republic of China in 1997, and stipulating that Hong Kong would be governed as a special administrative region, retaining its laws and a high degree of autonomy for at least fifty years after the transfer. The Hong Kong Basic Law, which would serve as the constitutional document after the transfer, was ratified in 1990, and the transfer of sovereignty occurred at midnight on 1 July 1997.