As she grabbed my hand, she turned away from the crowd, and with tears said, “I’m done with this life, I want off the streets!”

This is the cry of many women who have lived on the streets, bound by homelessness, often associated with addictions, domestic violence and Human Trafficking.  HUMAN TRAFFICKING HOTLINE phone number:
1-(888) 373-7888 –
If you are in danger, call 911!

The Leading cause of Homelessness among Women and Families is Domestic Violence.

The following is an excerpt from the National Human Trafficking Hotline, – The Victims:

Human trafficking victims have been identified in cities, suburbs, and rural areas in all 50 states, and in Washington, D.C. They are made to work or provide commercial sex against their will in legal and legitimate business settings as well as underground markets. Some victims are hidden behind locked doors in brothels and factories. In other cases, victims are in plain view and may interact with community members, but the widespread lack of awareness and understanding of trafficking leads to low levels of victim identification by the people who most often encounter them.

The US Department of Human Health and Services, Administration of Children and Families, provides-FACT SHEET: IDENTIFYING VICTIMS OF HUMAN TRAFFICKING:

Human trafficking is a form of modern-day slavery in which victims are subjected to force, fraud or coercion for the purpose of commercial sex, debt bondage, or involuntary labor. Victims of human trafficking can be young children, teenagers, men and women.  They can be U.S. citizens, Lawful Permanent Residents (LPRs) or foreign nationals, and they can be found in urban, suburban, and rural areas. Minors (under the age of 18) who are induced to perform commercial sex acts are victims of trafficking, regardless of whether their traffickers used force, fraud, or coercion.

Victims of human trafficking may exhibit any of the following:

Off The Streets-Cincinnati Union Bethel says:

Our MISSION at Tabitha’s Housing:

Your New Journey begins at Tabitha’s Housing.
We know how difficult it is to overcome Homelessness that is associated with aging out of the foster care system, domestic violence, and trafficking, that can stop us from living a life filled with peace and hope. “For I know the plans I have for you,” says the Lord. “They are plans for Good and not for disaster, to give you a Future and a Hope.” Jeremiah 29:11.

Tabitha’s Housing was founded by Pastor Nina Tidwell, Author of: Love Awakens, to provide Women the opportunity to overcome these traumatic circumstances. At Tabitha’s House you will begin the process of Healing in a Safe and Caring environment.

Being confident of this, that he who began a good work in you will carry it on to completion until the day of Christ Jesus.
Philippians 1:6 NIV.

Tabitha’s Housing is the Next Step; God’s plan to continue His Good Work in you, through the help of His people, full of the Compassion and Love of our Chief Shepherd, and Master of His Church, Jesus Christ. With a support system, we help each women take the necessary steps toward a Life of Healing and independence, “Therefore if the Son makes you free, you shall be free indeed.” John 8:36.

Pastor Nina developed a strong desire to not only provide a Home, but a Family, with opportunities many would not have in any other environment, where she is involved daily, with scheduled Bible studies, and Godly counsel. 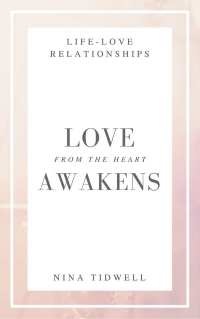 Thank you for your Generosity.

GIVE NOW – Thank you.